Alexander Capron is a globally recognized expert in health policy and medical ethics. He teaches Public Health Law, Torts, and Law, Science, and Medicine. He also teaches at the USC Keck School of Medicine and is co-director of the Pacific Center for Health Policy and Ethics, a campus-wide interdisciplinary research and education center. He returned to USC Law in fall 2006 after four years on leave as director of Ethics, Trade, Human Rights and Health Law at the World Health Organization in Geneva.

Prof. Capron received a B.A. from Swarthmore College and an LL.B. from Yale University, where he was an officer of the Yale Law Journal. He was appointed by President Bill Clinton to the National Bioethics Advisory Commission, and served as President of the International Association of Bioethics. Prof. Capron is a trustee of The Century Foundation, an officer of Public Responsibility in Medicine and Research, and an elected member of the Institute of Medicine (National Academy of Sciences) and of the American Law Institute. 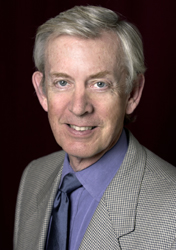